What Exactly Is a WiFi Repeater? If you pay any attention to the world of home networking, then you may be familiar with the concept of a “WiFi repeater” or perhaps even a “WiFi range extender.” WiFi repeaters are pretty straightforward network tools. They extend the range of your wireless network. They do so by recieving the wireless signal from the router and then rebroadcasting it for other devices to connect. People who are interested in wireless networking often learn about all the advantages of these repeaters. If you’re looking to increase WiFi range with optimal convenience, then it may be time for you to explore all of your WiFi booster choices.

These devices can do a lot for people who wish to enhance their WiFi network coverage. They function by connecting to the wifi signal of your existing router. The repeater then rebroadcasts the wireless connection for other devices to connect. If you invest in one of these repeaters, you basically can multiply your network’s coverage space. You can get coverage in distant nooks and crannies all around your office or residence. Some people want to get coverage in their backyards or even upstairs and downstairs. WiFi repeaters, extenders and boosters aren’t too different at all. They in many cases offer similar functions and perks to users.

There’s one main perk that’s associated with the assistance of WiFi range extenders. They’re capable of enhancing wireless signal power. Although they’re capable of doing that, they do not push people to have to change the locations of their routers or computers. A computer that’s nowhere close to its designated wireless router may have a signal that isn’t exactly impressive. Poor signals aren’t good news. They can lead to Internet connections that are unbearably sluggish. They can lead to Internet connections that experience seemingly nonstop disruptions as well. If you take the time to put a wireless repeater somewhere in the middle of a router and a computer, then it may provide said computer with a signal that’s markedly more “robust.” This can bring upon the convenience of smoother online operations.

Restricted coverage can be a source of significant annoyance. If a sole wireless router has coverage that’s not exactly extensive in scope, then it may restrict the amount of components that can hook up with the associated network. This gives users no choice but to have to buy multiple routers. It gives them no choice but to have to put them in places all around their residences. This can cost a lot of money. It can be pretty time-consuming and bewildering as well. It can be exasperating to have to maintain numerous networks in the same exact structure. Wireless extenders open people up to being able to enable others to utilize a single router by rebroadcasting the wireless signal. This can decrease costs while saving a significant amount of time. It can eliminate all kinds of hassles, too.

You should approach all of your options in WiFi repeaters with sufficient caution. That’s the reason that you should think about a number of factors in advance. Think carefully about the exact spot of your wireless router. It should be in a location that can lead to a signal that’s clearer. If you have your router in a questionable spot, then the assistance of an extender may be somewhat pointless to you. It can help you to transfer your router to a better spot. Steer clear of cramped nooks and crannies. Opt for the middle parts of rooms if at all possible. Don’t be afraid of a bit of trial and error when testing router and repeater location.

Think about the caliber of your router. It’s critical to have one that features 802.11ac abilities. It’s vital to stay away from wireless N repeater options if your router supports AC. Routers that have 802.11ac abilities are known for speed and you might want to consider first upgrading your router to one with 802.11ac capabilities. You can wireless AC routers in conjunction with devices that you had in the past, too. This can be helpful for people who don’t want to have to think about going through any updates.

Think about your use patterns. Who exactly utilizes your existing WiFi network? Count the total number of individuals. Describe their “consumption” patterns. You may have one person who has a mobile device for online research purposes. You may have another who utilizes a desktop computer for video streaming applications. The list continues. Pondering your patterns may help you get to the bottom of things. You may have an Internet connection that just isn’t speedy enough. It may not have the ability to accommodate multiple individuals simultaneously. If you’re in that situation, then the reality is that the help of a WiFi range extender just won’t cut it. If you wish to increase WiFi range, then you may have to explore other avenues. Extenders can come in handy for networks that consist of individuals and their mobile devices. If you’re frustrated by network concerns and don’t have to worry about an abundance of users, then that’s most likely a sign that you have a wireless router that honestly isn’t up to par. Extenders may be able to do a lot for folks who are in that situation.

The cooperation of software that can map signals can do a lot for people who are planning on purchasing extenders. Software can do a lot for people who wish to assess their speeds accurately. Numerous apps out there are capable of figuring out the strengths of the latest WiFi signals. If you get your hands on one of these apps, then you may be able to pinpoint all of the parts of your living space that are lacking in the WiFi signal department. Some apps that assist people with assessments are accessible totally free of charge. If you secure an app, then you may be able to locate the ideal spot for your wireless router. Don’t forget for a second about speed tests. These tests can clue you in regarding the status of your Internet. If you’re trying to figure out if your Internet is operational, then an in-depth test can assist you greatly.

Some people may get more out of utilizing connections that are wired. You shouldn’t rule out the concept of wired connections and all of their possibilities. Dismissing them can be a huge mistake. If you’re keen on the concept of reliability in connectivity, then a wired arrangement may actually be the way to go for you. Wired arrangements empower people who want to see to it that they can maintain strong connections time and time again. Remember, it can help you to get rid of devices that are connected to your network. Doing so can open you up to more bandwidth for other devices on your wireless network. You can also consider installing multiple wireless access points around your home by running ethernet cable to each access point. Installing multiple access points will require more work unless you already have ethernet cable running throughout your house.

Scoring a WiFi extender may do a lot for people who wish to feel liberated from their weak wifi network. If you dread being stuck to certain parts of your home, then you should research these devices today. 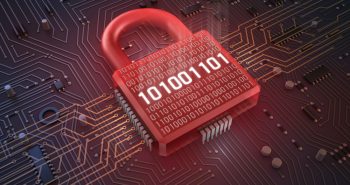 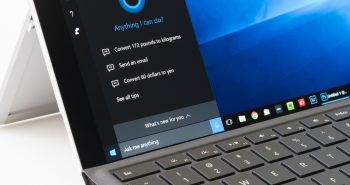 What is MTU Size and What Should I Set it to?